Australian Cricket Ball-Tampering: A Failure of Leadership AND Followership 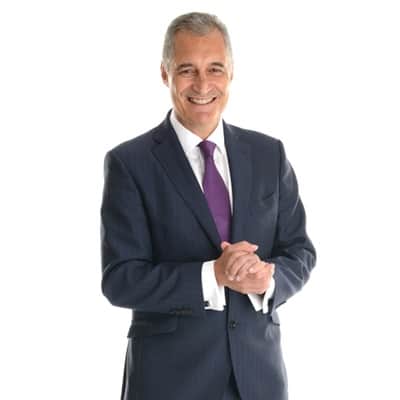 Australian Cricket Ball-Tampering: A Failure of Leadership AND Followership

In the aftermath of the recent ball tampering incident during the Australia and South Africa test match in Cape Town, the leadership of the Australian Cricket team have experienced a massive fall from grace. But was it right that they alone accepted the blame?

We witnessed tearful expressions of remorse from Steve Smith the captain, David Warner the vice-captain, and Cameron Bancroft, who all pleaded guilty to cheating and have accepted their respective punishments. However, it is likely that others were aware of what was going on and crucially, should someone else have cried foul beforehand?

A number of years ago I ran a pre-season team development session with a Premiership rugby team where we discussed ethics. The question was: “Would you ever cheat in order to win?” The discussion became quite heated. The players’ positions were evenly split between those who felt, on the one hand, that you should go as far as you could to win at all costs, including cheating. It was the referee’s job to stop you if they caught you, while on the other hand there were those who said that victory in such circumstances would not be justified and they simply would not cheat. What was clear to all however, was that irrespective of their point of view, everyone has a choice.

Generally, it seems that most incidents of cheating in sport are spontaneous. In football it may be a striker diving in the penalty area, or handling the ball. Remember Thierry Henry’s infamous handling of the ball to score against The Republic of Ireland in the World Cup qualifier. Remember Maradona! In rugby, it may be handling in the scrum or ruck, blocking runners in midfield.

This case is so striking because it was so premeditated. After all, at some stage someone had to go to the store and buy sandpaper! Steve Smith says it was a “leadership group” that hatched the idea. Firstly, who is in the “leadership group”? It will undoubtedly include coaching staff and senior players as well as the Captain and Vice-Captain. And secondly, once the decision was made, it is inconceivable that the majority of the squad, let alone the team, will not have become aware of the plan.

Those who bowl in cricket at any level, lovingly look after the ball and will work on it over time, getting it into the condition that best suits their type of bowling. So the Australian bowler Pat Cummins, having been tossed the ball by Bancroft at the start of his run up, will have spotted instantly that someone had been rubbing the leather with sandpaper. If surprised, he might well have had a word with anyone who was messing with the state of the ball.

And here’s the point. At any stage, someone in the team could have stuck their hand up and said, “we shouldn’t be doing this”. While the leadership is rightly being held accountable, the ‘followership’ within the squad are equally culpable. Either there was a collective agreement that this was an acceptable strategy or the culture within the squad prevented players from speaking out.

High performance in elite teams is based on trust, mutual respect and mutual understanding. Whatever the real story here, the key components of the HPT (High Performance Team) are sorely missing. A demonstration of moral courage from someone, even young Bancroft would have been difficult to dismiss because it was the right thing to do. We have here a major failure of followership!

It is not the first and won’t be the last example of ball tampering in international cricket but it is so notable because it exposed such poor leadership and followership behaviour. I do believe however that those involved, who by all accounts are good, decent people, will ultimately feel more at ease with themselves once the dust has settled and it may encourage more, who are faced with a choice, to do the right thing.