Home » Insight Hub » What does a high-quality leader look like? 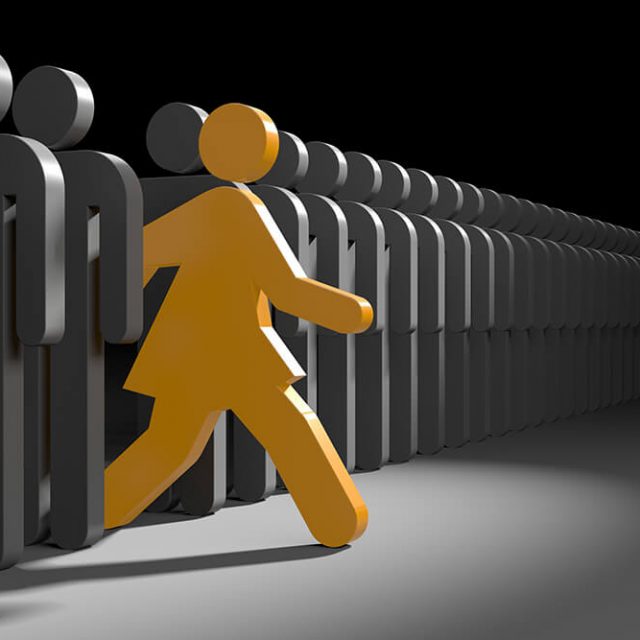 Now there’s a loaded question, if ever there was one.

The answer you give may well reveal quite a lot about what sort of leader or manager you think you are, as most people’s version of a high-quality leader bears a striking resemblance to them.

I’ve worked as a mentor to many thousands of leaders over several decades. I always ask the following question quite early on in the relationship:

“If I were to ask someone who knew you well at work to describe you, what do you think they would say?”

It’s fascinating to hear how amazing the majority of leaders must be. Their responses are almost always words like these:

No-one ever says ‘A bit hopeless’, or ‘Annoying’ or ‘a Bully’ or ‘Disinterested’, or ‘Prejudiced’ or ‘Never around to help’. I wonder why that is? We all know those people are out there. We’ve probably all worked with them.

This goes to the heart of why promoting people into leadership roles can be so difficult. We don’t really know what a good one looks like and anyway many of us are delusional about what sort of leader we really are.

So what makes a high-quality leader?

I believe it comes down to whose needs you think you’re there to serve and what you think your job really is. It’s often much easier to describe what doesn’t make someone a good leader than to explain what does. So let’s start there. Here are many things a good and high-quality leader isn’t:

• The most important person in the team, department, organisation

• The one whose opinion is the most valid

• The person everyone else must serve to keep them happy

• The one who’s needs are always the highest priority

The starting point for a high-quality leader is their range of professional capabilities. They need to be very good at a very many things:

• Communicating – in a range of media and formats and to a variety of audiences: groups, 1-2-1, up-down-and-sideways, inside-and-outside the organisation and so on
• Coaching & Mentoring– with the purpose of supporting and helping their people to do their best work
• Enabling & empowering – to give their people the freedom to think, act, decide and implement within the right constraints and ‘scaffolding’
• Engaging – so that people are intrinsically motivated to achieve goals that they believe in and think are for the greater good
• Co-Creating –vision, ideas, strategies, plans and so on – and all without disengaging or disenfranchising their people

There are many others too, but that’s a solid start.

Next is their attitude and understanding of their role – to see themselves as supporters, enablers and inspirers of the best performance of others.

That doesn’t mean the setter of arbitrary targets and hassler of individuals until they either achieve them or give up. It doesn’t mean the hard-nosed and demanding whip-cracker – the necessity for which is typically indicative of a failure of leadership and the lack of several of the professional capabilities from our earlier list.

A high quality leader does still have high expectations – often higher than those of the whip-cracking bully – but they see their role as one of enabling, mentoring, helping and inspiring their people to meet those expectations, not just demanding their achievement.

The high-quality leader serves their people well. They encourage them to come up with ideas. They support them to put those ideas into practice and they never, ever, take credit for those ideas away from their people. They empower. They push people to stretch their performance, but don’t punish or disadvantage them when they don’t quite get there. They just help them to do better next time and the time after that.

The high-quality leader takes the profession of leadership seriously. Whatever their past roles and whatever discipline they came up through, they recognise that they are a leader now and need to develop their skills and understanding as a leader. They recognise that they need to focus on their Continuing Professional Development (CPD). Getting promoted into a leadership role doesn’t mean they’ve made it now and can sit back and bask in the glory. In many ways, becoming a leader is the start of a journey, not its end. A high-quality leader will devote at least 50 hours per year to their own CPD and will always be focused on growing their capabilities and impact.

Finally, the high-quality leader is aware of their ‘shadow’. They know what effect they have on the people around them and they know a lot about themselves. They can answer my original question- “If I were to ask someone who knew you well at work to describe you, what do you think they would say?” – with insight, honesty, accuracy and clarity, for good and bad. They will constantly be aware of the impact they have and will be working to enhance the positive aspects and to minimise the negative ones. They will have a plan for their CPD and be working on it, all the time.

This is a big subject and we’re just lightly scratching the surface here.

What do you think the key issues are?

We’d love to hear from you.

Please visit our Policy Centre to read our policies on Privacy, GDPR, Corporate Social Responsibility and Anti-bribery and Corruption.

Please complete the form below to get in touch.

Alternatively, you can email or call our London, Sandhurst, India, Oman or Dubai offices direct using the buttons below the form.

Please visit our Policy Centre to read our policies on Privacy, GDPR, Corporate Social Responsibility and Anti-bribery and Corruption.